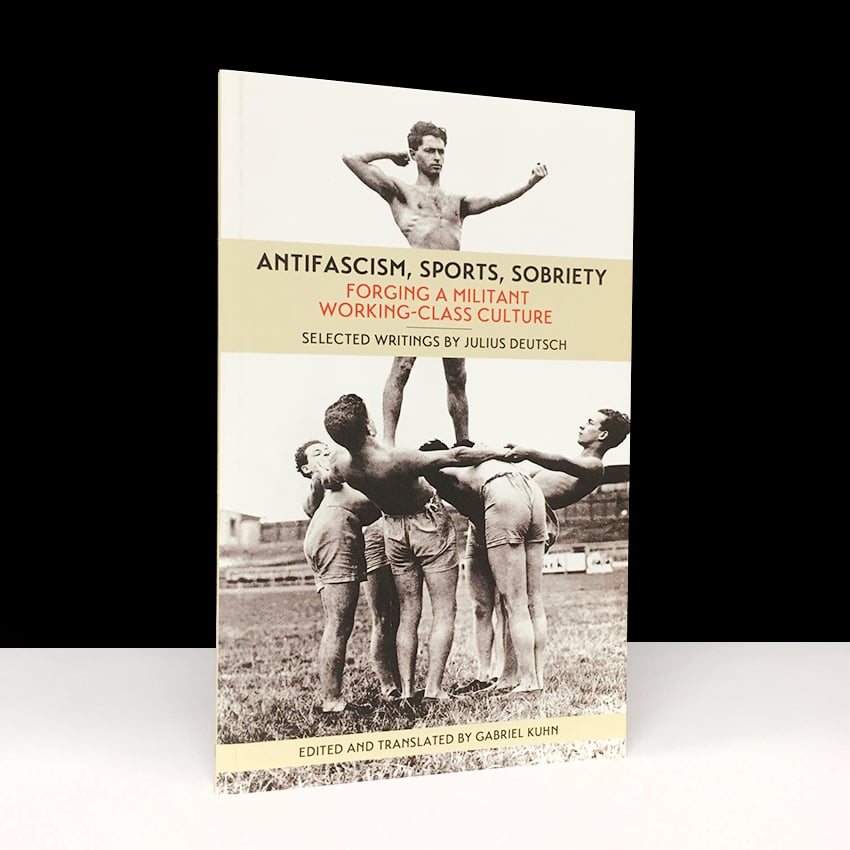 The Austromarxist era of the 1920s was a unique chapter in socialist history. Trying to carve out a road between reformism and Bolshevism, the Austromarxists embarked on an ambitious journey towards a socialist oasis in the midst of capitalism. Their showpiece, the legendary "Red Vienna," has worked as a model for socialist urban planning ever since. At the heart of the Austromarxist experiment was the conviction that a socialist revolution had to entail a cultural one. With the Fascist threat increasing, the physical aspects of the cultural revolution became ever more central as they were considered mandatory for effective defense. At no other time in socialist history did armed struggle, sports, and sobriety become as intertwined in a proletarian attempt to protect socialist achievements as they did in Austria in the early 1930s. Antifascism, Sports, Sobriety contains an introductory essay by Gabriel Kuhn and selected writings by Julius Deutsch, l Deutsch represented the physical defense of the working class against its enemies like few others. His texts in this book are being made available in English for the first time.

Abolition. Feminism. Now.
£14.99
A Mass Conspiracy to Feed People
£21.99
The Promontory People: An Early History of The Cornish
£12.99
We Still Here
£12.99
In Defence of Witches
£14.99
A little Gay History of Wales
£11.99
A World Without Police : How Strong Communities Make Cops Obsolete
£14.99
Post-Internet Far Right
£8.00
Can the Monster Speak? : A Report to an Academy of Psychoanalysts
£8.99
26 Voices for Change - A Cornish Anthology
£6.00
The Melancholia of Class: A Manifesto For the Working Class
£10.99
Duty Free Art : Art in the Age of Planetary Civil War
£9.99
We Want Freedom: A Life in The Black Panther Movement
£14.99
ABOLISHING THE POLICE
£8.00
Twitter and Tear Gas : The Power and Fragility of Networked Protest
£10.99
Deep Sniff : A History of Poppers and Queer Futures
£10.99
The Revenge of the Real : Politics for a Post-Pandemic World
£10.99
Fictions of Sustainability : The Politics of Growth and Post Capitalist Futures
£18.00
We Will Not Cancel Us: And Other Dreams of Transformative Justice
£5.00
Against Charity
£13.50
Augmented Exploitation : Artificial Intelligence, Automation and Work
£19.99
This One Wild and Precious Life : The Path Back to Connection in a Fractured World
£20.00
the Art of Cruelty
£12.99
Capital Hates Everyone : Fascism or Revolution
£12.99
Sexuality, Disability, and Aging : Queer Temporalities of the Phallus
£18.99
Decolonizing Israel, Liberating Palestine : Zionism, Settler Colonialism, and the Case for One Democ
£14.99
¡Comrades! Portraits from the Spanish Civil War
£12.99
Carceral Capitalism
£11.99
Human Rights and The Care of The Self
£20.99
A Survival Guide to the Misinformation Age : Scientific Habits of Mind
£18.99
Postcapitalist Desire: The Final Lectures
£12.99
Reasons in Revolt: Marxism Philosophy and Modern Science
£14.99
Lean Out
£8.99
Psycho-Logical: Why Mental Health Goes Wrong and How to Make Sense of It
£9.99
Whipping Girl: A Transsexual Woman on Sexism and the Scapegoating of Femininity
£15.99
Limits: Why Malthus Was Wrong and Why Environmentalists Should Care
£10.99
The Unsettling of Europe : The Great Migration, 1945 to the Present
£12.99
When The Sun Bursts: The Enigma of Schizophrenia
£12.99
Sound System : The Political Power of Music
£12.99
Men Explain Things to Me : And Other Essays
£12.99
This Is Not a Program
£12.99
The Mother of All Questions : Further Feminisms
£12.99
Whose Story Is This? Old Conflicts, New Chapters
£12.99
The Freedom to Be Free
£5.99
Deschooling Society
£8.95
Begin Again: James Baldwins America and it´s Urgent Lessons for Today
£16.99
Red Star Over The Third World
£12.99
Economic Science Fictions
£17.99
Mask Off: Masculinity Redefined
£9.99
The Brutish Museums: The Benin Bronzes, Colonial Violence and Cultural Restitution
£12.99
The Shock of The Anthropocene
£11.99
Organizing for Autonomy : History, Theory, and Strategy for Collective Liberation
£14.99
Designing Disorder: Experiments and Disruptions in The City
£14.99
Making Abolitionist Worlds: Proposals for a World on Fire
£14.99
Pedagogy of The Oppressed
£9.99
The Wealth of (Some) Nations
£17.99
Naija Marxism
£9.99
Whites, Jews and Us
£11.99
China Goes Green : Coercive Environmentalism for a Troubled Planet
£15.99
Delirium and Resistance : Activist Art and the Crisis of Capitalism
£19.99
Judaism and Modernity
£9.99
Feeding Britain: Our Food Problems and How to Fix Them
£12.99
Black Marxism: The Making of the Black Radical Tradition
£12.99
A Field Guide to Getting Lost
£9.99
Aids : Don't Die of Prejudice
£14.99
The Social Photo : On Photography and Social Media
£8.99
Resist the Punitive State: Grassroots Struggles Across Welfare, Housing, Education and Prisons
£8.50
Nomadic Theory : The Portable Rosi Braidotti
£28.00
Inventing Human Rights: A History
£12.99
Without a Net: The Female Experience of Growing Up Working Class
£11.99
Split: Class Divides Uncovered
£9.99
Decarcerating Disability: Deinstitutionalization and Prison Abolition
£23.99
Sensoria : Thinkers for the Twentieth-First Century
£16.99
Why Work? Arguments for The Leisure Society
£16.99
Raising Free People : Unschooling as Liberation and Healing Work
£14.99
Direct Action & Sabotage: Three Classic IWW Pamphlets from the 1910s
£13.99
Breathing : Chaos and Poetry
£11.99
The Administration of Fear
£11.99
An Artificial Revolution : On Power, Politics and AI
£7.99
Aphro-ism: Essays on Pop Culture, Feminism, and Black Veganism from Two Sisters
£17.99
Pornotopia : An Essay on Playboy's Architecture and Biopolitics
£22.00
What's Wrong with Rights? : Social Movements, Law and Liberal Imaginations
£19.99
The War on Drugs and the Global Colour Line
£18.99
In Defense of Housing : The Politics of Crisis
£16.99
Being Numerous : Essays on Non-Fascist Life
£12.99
The Slow Burning Fuse : The Lost History of the British Anarchists
£23.99
Fully Automated Luxury Communism : A Manifesto
£9.99
Wobblies of The World
£15.00
For a Politics of the Common Good
£9.99
Not As Nature Intended
£10.99
Is Racism an Environmental Threat?
£9.99
Wanderlust : A History of Walking
£9.99
On The Suffering Of The World
£10.99
On Immunity : An Inoculation
£8.99
The Red In The Rainbow : Sexuality, Socialism & LGBT Liberation
£7.99
Automation and the Future of Work
£12.99
Stop, Thief! : The Commons, Enclosures, And Resistance
£19.99
Disabled Futures
£22.99
Animals Like Us
£15.99
Abolition Democracy
£10.99
The Care Manifesto. The Politics of Interdependence
£8.99
Feminist City
£12.99
Policing the Planet : Why the Policing Crisis Led to Black Lives Matter
£15.99
The Meaning of Freedom : And Other Difficult Dialogues
£11.99
CORE A. Solution 264–274 Drill Nation
£13.00
Sober Living for the Revolution
£20.00